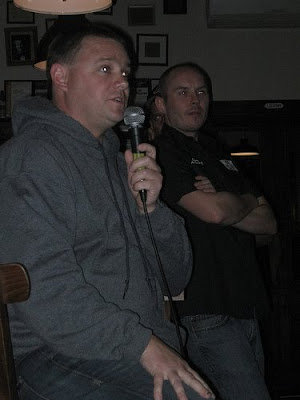 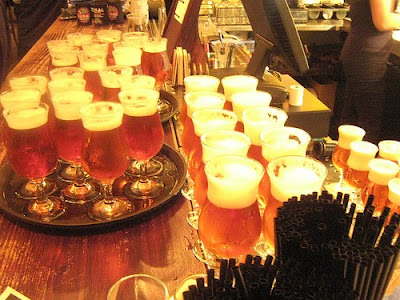 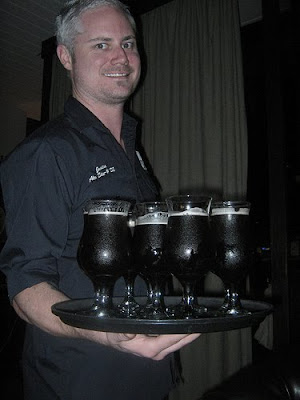 Tuesday night saw our biggest Ale Star session yet with almost 70 people showing up to meet Brendan Varis from Feral Brewing Co (WA) and taste some of his delicious wares.

There's something about the Australian International Beer Awards (AIBA) week that gets Melbourne buzzing and to have Ale Stars coincide with what is the second biggest beer awards in the world was something special.

Feral Brewing cleaned up at the AIBA last year taking out, among other things, best small brewery in Australia.

The beers were, as we have come to expect from Feral, outstanding. There was the iWit 2.0 - an imperial Belgian Wit, Dark Funk - a sour red ale - Raging Flem - Belgian IPA (named on the night by none other than Professor Pilsner), and the porcine hopheads heaven, Hop Hog IPA. Opinions were divided as to which was the best as most people loved them all.

All agreed Brendan was one of our best guests ever and he took us through the beers and the Feral story brilliantly. On hand were a few other Ferals including Gabrielle (Brendan's wife, who drank her first ever Hop Hog), business partner Jeremy and Head Chef Brett.

A huge thanks to all at Feral for the beers (and prizes for trivia winners) plus the chance to have a chat. We wish you all the best for tonight's awards and hope that all goes as well as last year.

We'll post the Prof's report and James' fancy photos when we get them.

The next Ale Star session is on Tuesday June 15th from 7pm. If you want to attend , email stkilda@thelocal.com.au or ask one of the staff for more information.

Posted by The Local Taphouse at 12:56 PM